Reports are that the latest operating system from Microsoft is due to be released sometime during 2015 and in an attempt to give the appearance of a fresh start they’re calling it Windows 10, skipping Windows 9.

Maybe to win back the confidence of users who were frustrated with 8, Windows 10 will be available as a free upgrade from Windows 7 or 8.1 during the first year after launch, if not purchased with a new machine. Also, it will continue to be updated for the lifetime of the computer or device it’s installed on, doing away with the need to update the system every few years so that any new features will be added via automatic updates.

I’ve been test driving the free technical version for a few weeks now and think it is a reasonable improvement on Windows 8 and 8.1.  so here’s a brief roundup of a few of the features you can expect.

The Start Menu is back

I always thought that having a Start Screen (showing the live tiles and apps) and a separate desktop gave the appearance of two different systems, which was confusing for many people, so was pleased to see that these two areas have now been combined resulting in the return of the Start Menu. It’s been updated and could be a little confusing at first, but is completely customisable.
Here’s what they’ve done:-

This is the Start Menu on Windows 7: 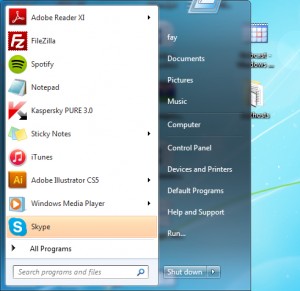 Using a right click over the Windows icon on the bottom left of a Windows 8.1 screen opens the context menu you can see here, a poor Start Menu indeed!: 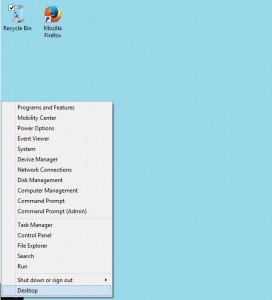 This is the new style Start Menu on Windows 10: 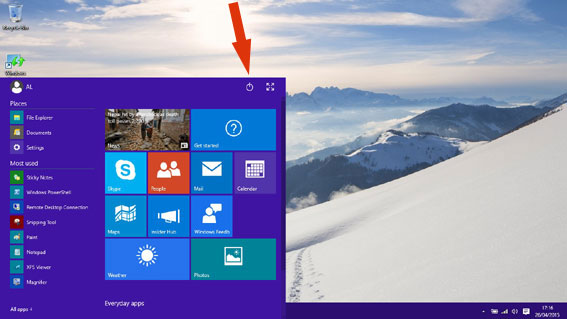 The new menu can show both shortcuts and the Windows 8 style tiles linking you to the programs and apps you use the most, with the option to organise and resize both the tiles and the menu itself. This means that if you did actually prefer the full size Windows 8 Start Screen it can be enabled by simply maximising the menu so that it fills the screen. If you want it to look more like Windows 7 all the tiles can be unpinned from the Start Menu leaving just the shortcuts.

The power button that seemed to be lost to users less familiar with Windows 8 is now easier to find on the top right of the start menu, see above.

Apps run from the desktop

If you’re familiar with Windows 8 or 8.1, the tiles and Windows Store Apps that were confined to the Start Screen will now run from the desktop and can be minimised, maximised, moved around and closed just like the traditional window: 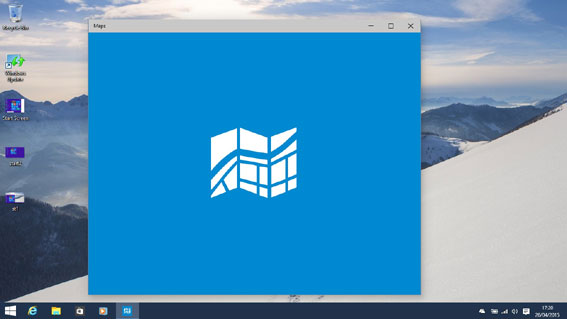 The Charms Bar has gone

I for one could never be bothered to use the charms bar in Windows 8 and many people I spoke to only ever accidentally found it, so I wasn’t too surprised to see that it had been left off the new system. Having said that Microsoft may at the last minute add it back in again.

The Windows 10 operating system can be installed across a whole range of devices from desktop and laptop computers to tablets and phones and a wide variety of business equipment, so that inter-connection via universally shared apps, such as the Microsoft Office suite, will be easier.

Cortana, the so-called ‘digital assistant’ and currently only available on Windows phones, is likely to be included in Windows 10 as an alternative to the search box we’re familiar with. It can be used with typed or voice commands (if your device has a microphone) and has the ability to be interactive with the details you supply, so for instance it could monitor and warn you of potential delays if you have searched for a particular traffic route. With this type of program, the more interaction there is, the better the assistant will be at providing you with information that is specific to you.

It will be interesting to see how this function fares on desktop computers and just how often it’s used in place of the current search facility.

There’s a very useful addition to the Task Bar called the Task View Button (already familiar to those using MAC or Linux systems) that allows you to view all applications and programs currently running enabling you to easily switch between them and close down those that you’d forgotten were open. 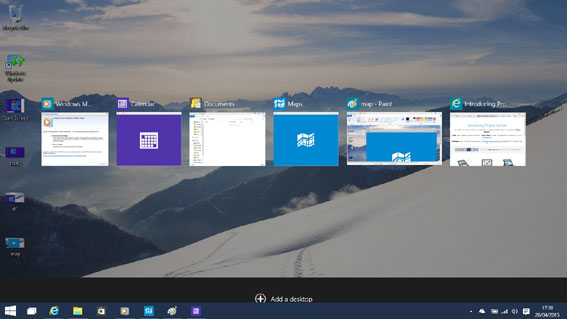 Another interesting addition is a new tool called Virtual Desktop which enables you to create and access a different desktop for all your activities. So you could have a work desktop, a social media desktop and a web research desktop each containing links and shortcuts to specific programs andor sites.

A new web browser is being included with Windows 10 initially called Project Spartan but recently renamed Edge. Microsoft promises that used in combination with the Cortana search assistant it will provide more efficient web browsing. There will be the ability to capture and clip information from web pages for sharing via email or social networks and if you have a touch screen you’ll be able to write or type directly onto the page. They’ve also included a Reading List tool so that interesting articles or pages can be saved for viewing later.  Early reports have suggested that this browser will only be available with the new operating system so there doesn’t seem any chance you can download and try it with your existing version of Windows.

Until the new operating system is released the final details won’t be known but the latest release from Microsoft is promising to be an interesting update and has taken on board much of the feedback from disgruntled users in the past.

Update:  Windows 10 was released on July 29th, see my latest blog on Upgrading to windows 10.